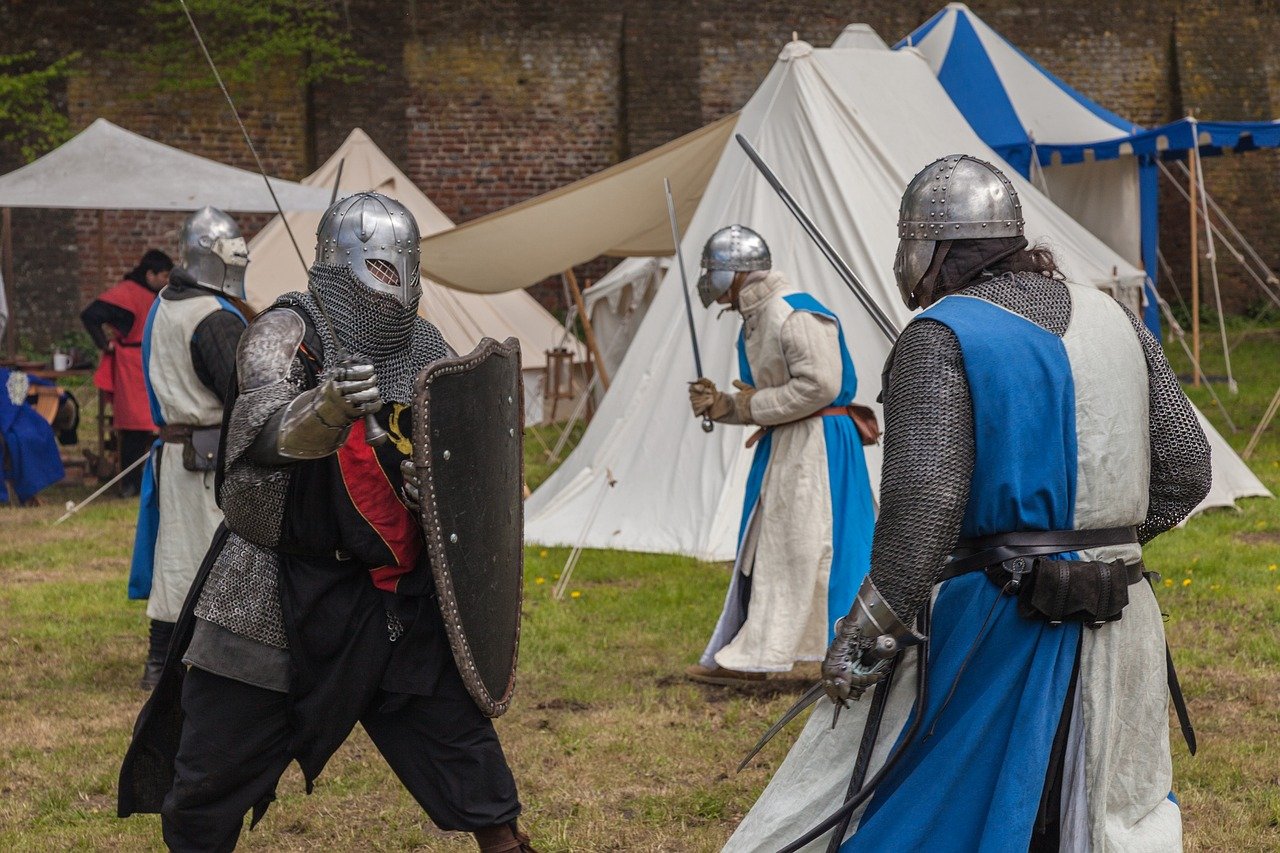 Fighters have something of a bad reputation in certain 5E Dungeons and Dragons circles. Many consider the class too simple, suitable only for new players still learning the game. Others go a step further, saying the class is not only boring but on the weaker side of what 5E offers. I used to be among this group, but as I’ve learned more about the game, I’ve revised that sentiment. I now see the fighter as a perfectly serviceable class that fits comfortably into the middle of my 5E class power rankings.

Two subclasses in particular push the fighter up significantly. The first of these is the Battle Master. This probably doesn’t come as a surprise to many people. The subclass adds significant power and tactical depth to the fighter with a plethora of maneuvers to choose from. Battle Master does so much for the fighter that most of the 5E community consider it easily the strongest of the subclasses.

However, it is the second of these two subclasses, the often overlooked Eldritch Knight, that I find more interesting. The idea behind the Eldritch Knight is simple: What if a fighter could cast spells? The Knight gets access to the wizard spell list with a very limited number of spell slots and restrictions on which schools of magic most of their spells can come from. They also get some subclass features, but those are a secondary bonus compared to the addition of spellcasting.

What’s odd to me is that, despite spellcasting features generally being acknowledged as stronger than martial ones, the Knight is considered weaker than the Battle Master. To get to the bottom of this debate, let’s examine two monoclassed fighters: one a Battle Master, the other an Eldritch Knight. I look at these characters level by level, examining their offensive and defensive capabilities in order to determine who reigns as punch-person supreme.

Now, a few ground rules. Both of these characters opt for a sword-and-board build. I feel this is where the fighter shines brightest. Fighters lack easy access to increased accuracy, like the barbarian, to use two-handed weapons, many of the best Battle Master maneuvers don’t work with ranged attacks, and dual wielding is bad. Since many of these levels will be similar, I’m highlighting levels where important changes happen in one or both of the character’s abilities. With that said, let them fight…er.

Variant human is once again the best choice for both of these builds. Fighters might get more ASIs than any other class, but a feat at level 1 is still the best ancestry bonus for any build that wants feats.

Since both characters are going with similar builds, their stats are exactly the same. A common misconception with Eldritch Knights is that they need a high intelligence because it’s their casting stat, but that’s simply not the case. The Eldritch Knight has access to a great selection of spells that don’t care about your intelligence. The few spells that do care are usually single use and inefficient for a character with so few slots.

Level 3 is where these builds diverge, so let’s start there. Comparing offense, the builds are very close. Battle Master wins against lower AC targets, as I’ve included one use of their maneuver dice as part of their average damage. However, against higher ACs, the Eldritch Knight’s advantage from Find Familiar edges out the competition. As for defense, Knight is the clear winner. Nothing the Battle Master brings to the table comes close to having access to the Shield and Absorb Elements spell.

Despite the numbers making me lean toward giving these early levels to the Knight, the extra value not represented by pure damage that some of the Battle Master’s maneuvers bring to the table even the odds. At these levels, the Knight still has very few spell slots to cast Shield, and monsters have lower saves, making maneuvers like Disarming, Menacing, and Trip Attack* the strongest they’ll ever be.

The next level we examine closely is 8. This is where the Knight acquires one of its wildcard spell slots, allowing us to pick from the entire wizard spell list. For this character, we’re grabbing Shadow Blade,* which creates a 2d8 one-handed weapon that has advantage to attacks made in dim light. For my calculations, I assume that 1 attack is made with advantage due to dim light. Obviously, this is somewhat setting dependent, but dim light is a lot more common than most people think, it just usually doesn’t matter in combat.

This spell combined with the Knight’s War Magic feature allows us to cast the Booming Blade cantrip and then make a normal attack as a bonus action. Though we lose an attack compared to what we could do with a spear, the higher damage per attack more than makes up for it. Shadow Blade can be cast twice per long rest when acquired, going up to a maximum of seven casts at level 19. If you are out of slots or just don’t want to use the spell for a fight, you can simply revert to spear attacks using Polearm Master.

As for Battle Master, not much has changed outside of what all fighters get. They’ve gained an additional superiority dice, for a total of 5, and selected two additional maneuvers.* Unfortunately, neither of these changes have actually increased the build’s offense or defense. This is because of how the Maneuvers feature was designed. Since every maneuver is selectable at level 3, we select the best three. Now that we’re level 8, instead of selecting two better maneuvers. we select the 4th and 5th most powerful, a diminishing return that only gets worse.

Looking at level 15, the Eldritch Knight continues to pull ahead. Originally I had thought Haste would be the go-to defense and offense spell, but it turns out upcasting Shadow Blade to 3rd level nets significantly more damage. However, even if the Knight opted for the more defensive Haste, they would still tie with the Battle Master’s damage assuming they burn two of their six superiority dice in a single round. Shadow Blade at 2nd level also matches evenly with the Battle Master’s maneuver-filled attacks. If the Knight is completely out of spell slots, it can’t keep up, but with five slots to cast Shadow Blade with at level 15, that is unlikely to happen. The higher the level, the clearer it becomes that the Battle Master simply can’t keep up with the Eldritch Knight.

Going into this article, I expected the Eldritch Knight to come out on top. Spellcasting is a powerful feature that overshadows anything other fighter subclasses can bring to the table. However, even I was surprised by how much better the Knight was than the Battle Master.

Battle Master’s Maneuver is a great feature, but the subclass does almost nothing else, and it’s a feature that gets relatively weaker as characters progress in levels. On the other hand, the Eldritch Knight has an entire spell list supporting its features. Even then, the subclass has more useful features than the Battle Master does, albeit individually weaker than maneuvers. War Magic serves as a great bridge in damage source from levels 7-11, and Arcane Charges’ additional movement is at least somewhat helpful. The only area that Battle Master wins out in is feat selection. The Eldritch Knight does need the Warcaster feat, whereas Battle Masters can skip it. However, fighters get access to so many ASIs that this is a minor negative at most.

The takeaway I hope you get from this is to not always accept general community wisdom. The entire time I’ve spent playing 5E, Battle Master is held up as the strongest fighter option. For a long time I parroted this notion without ever actually looking into whether or not it’s true. It wasn’t until I had played for a year or two that I took another look at the fighter subclasses and changed my opinion. Hopefully, I’ve saved that time for some of you.

Some of the most popular choices.
The love of Sorcadins everywhere.
We don’t talk about the Know Your Enemy feature.