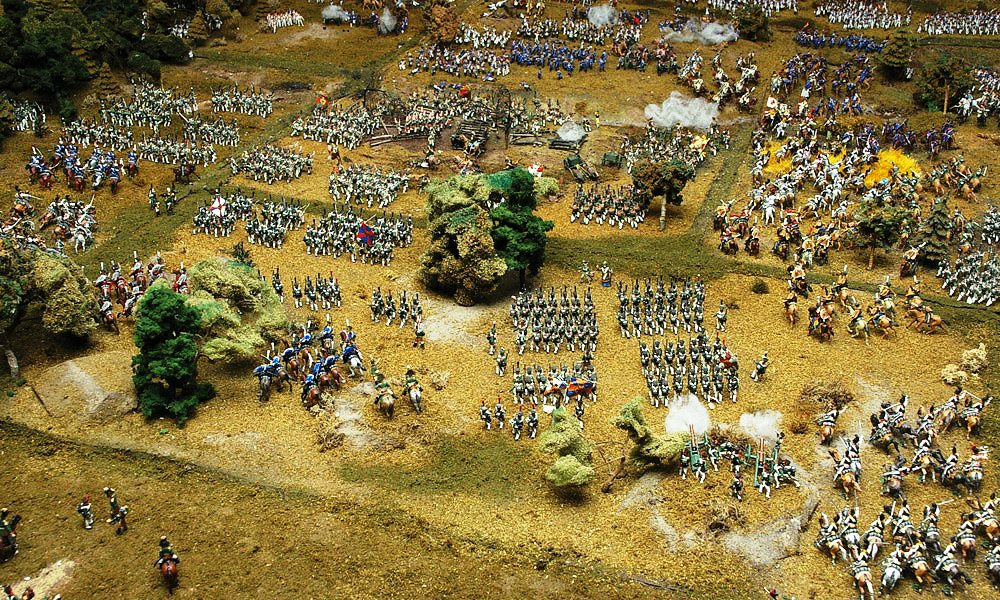 Image by Valentin Girbusov used under CC BY 4.0

This is part 7 in the series: Running a Large Campaign

The finale is upon you. The heroes are approaching the end game, readying themselves to face the final villain. Use these guiding principles to make the most of the last few sessions in your epic roleplaying campaign.

Take Inventory of the Campaign So Far

Review the notes you’ve taken while running the campaign, and make a list of all the characters and events that were noteworthy for your players. Who are they going to want to remember? What places or events might remind their characters why they are fighting? Even more important, are you leaving any unfinished business?

All of the major plotlines that you planned should lead into the climax of your campaign. However, if you’re allowing players to explore minor plotlines as well, some of those might have fallen by the wayside. As heroes start to feel greater urgency about the main plot, it’s not uncommon for them to prioritize their efforts and leave some tasks unfinished. If you have plotlines that are not fully resolved, you can give the players a period of respite to tie up loose ends without feeling like they are dawdling.

Perhaps they must wait for their allies to mobilize, or their powerful counter measure to the villain’s plan takes a few days to prepare. No hero wants to sit on their hands when the fate of the world is upon them, so they can go out and get closure on the smaller plot threads they have left hanging.

In the Citadel DLC for Mass Effect 3, Commander Shepard’s ship, the Normandy, is ordered to dry dock for refit. Shepard is forced to take shore leave while her ship is readied for the next phase of the war. The Reaper invasion is still happening outside the Citadel, but the forced break from the fight gives the crew the opportunity to bond and throw a party.

While throwing a party (or creating four gigs of delightful fan service) might not be right for your campaign, that kind of forced period of rest gives players a guilt-free opportunity to wrap up anything they have been putting off.

If players don’t have the time, or desire, to wrap up every loose end, then you and your players can leave intentionally unfinished business. You’re probably trying to keep a tight narrative structure around your campaign, but it’s not a book or TV series where you dictate protagonists’ actions. Your protagonists are run by the players, and losing that control limits how much you can keep that narrative structure tidy.

Addressing a crime boss’s hold over a city might take another full session or more to do it justice (pun intended). Either time constraints on the length of the campaign, or in game urgency created by the main plot line, could prevent the party from completing that side plot. A bit of in character acknowledgement that the heroes are having to prioritize and let it go can reframe it from a loose end to a future adventure. They may not be able to do anything about the crime boss’s corruption right now, but after they defeat the dark prince they sure as hell will be coming back to mop up. The campaign may end without concluding these storylines in game, but it will still have the satisfying feeling that they were addressed and not just forgotten.

A great way to energize your players prior to the campaign’s finale is to bring back their favorite NPC allies. Over the course of your campaign you will have introduced a plethora of fun characters, many of which the players will have aided or befriended. Bring back these old characters; highlight their strengths and how they may have grown since you last used them. It will be a great reminder to the players of all of the things they have accomplished so far and the impact they have had on the world. Nothing highlights a character’s influence quite like a call for aid being answered en masse. 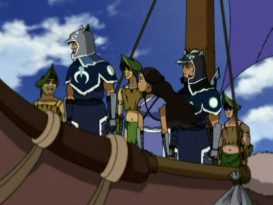 The Day of the Black Sun, a two-part episode in Avatar: The Last Airbender, starts off by bringing together an ensemble of friends and allies from the first two seasons. Sokka’s plan utilizes the unique talents of each group, which gives the audience a reminder of both the scope of the world and how far the characters have had to travel to reach that point.

When previously discussing the variety of game types that you can plan, the set piece encounter was introduced as a great way to structure boss battles. When it comes to boss battles, the campaign’s final villain should be the most interesting and harrowing fight of your game. The heroes have been working towards this the entire campaign. Ideally it will be a battle that tests the PCs’ abilities and ends with a flourish.

Plan the encounter to take two or three phases. To make the fight interesting, you need to raise tension throughout. Adding phases with distinctive qualities will help you keep the encounter moving. You can distinguish them with a simple change like a shift in tactics or calling for guards. Your change can also be more elaborate like a transformation of the environment or activation of the villain’s secret weapon. Each phase should last only a few turns. If you have more than three phases total, don’t include more than two turns per phase.

Create abilities or effects that will spread the damage out early in the fight. Everyone should feel like they are in danger, and you don’t want to focus fire on a PC too soon. As the battle progresses, it is okay to focus on whoever is the largest threat to the villain and knock out one or two heroes. But avoid downing a PC so early in the fight that they feel like they couldn’t contribute.

Avoid any effects that neutralize PC abilities. Nothing is more frustrating for a player than feeling arbitrarily crippled for the campaign’s finale. You might be tempted to change things up and make your players think creatively, but remember that this should be a culmination of the party’s journey. Being forced to compensate for a lost ability can be a good end for a minor arc, but for the campaign’s end the heroes should be able to use everything in their arsenal.

Finally, remember to deliver a climactic final battle. If things grind into a fight of attrition, or it looks like the players are going to lose – and not in a fun way – ignore the dice, the stat blocks, and even your own plans. The players don’t know what you roll or how many hit points the villain has, and they generally don’t care. What they want, and what you should deliver, is an exciting final scene that will be remembered by everyone long after the campaign is over.

Epilogues are a great tool for wrapping up a campaign. The major conflicts have been completed, the greatest challenges are behind players, and there should be nothing more that needs a die roll to solve. Have the outline of your plot’s epilogue ready so you can lead the narration, but invite the players to add their suggestions as well. Prime Time Adventures’ collaborative narration structure is an excellent example of how to lead the epilogue, as it’s a conflict light system. The PCs worked hard for the ending, so they should get some say in it.

The plot’s epilogue should focus on the immediate campaign’s aftermath. But before you finish up that last session, reach out further and give the individual PCs their own epilogues as well. Do they retire and settle down, or continue adventuring and growing as a legend? You should have a very good idea of what conclusion your players are looking for by this point in the campaign, but hand over the reins to the player in question if your guess is off. The character epilogues are the final payoff that the GM can deliver; player desires should take high priority.

And now you’re packing up your campaign materials. People are starting to think about what campaign will next fill this time slot. Make sure everyone walks away with something to remember the experience. At a minimum, players like to keep old character sheets, and you can share handouts and campaign maps to store with them as well.

Consider setting up a shared online space for flash fiction or art based on the campaign. If you have any writers or artists in the group, they’re probably already recreating scenes from the game or writing new experiences from their characters’ perspectives. A shared space encourages that awesome behavior and lets the rest of the group get in on the fun.

And if you’re feeling really generous, throw your campaign notes up there as well. Players like getting a look behind the screen at what was happening from the DM perspective or what might have been if they took another route. Consuming that information and gaining insight into how the campaign was run will solidify the experience in their memories even more.

The campaign has come to an end, but the experience of it lingers in the memories and war stories of your group. That payoff stays with you long after the dice are shelved.

Comments on Creating a Memorable Climax for Your Campaign