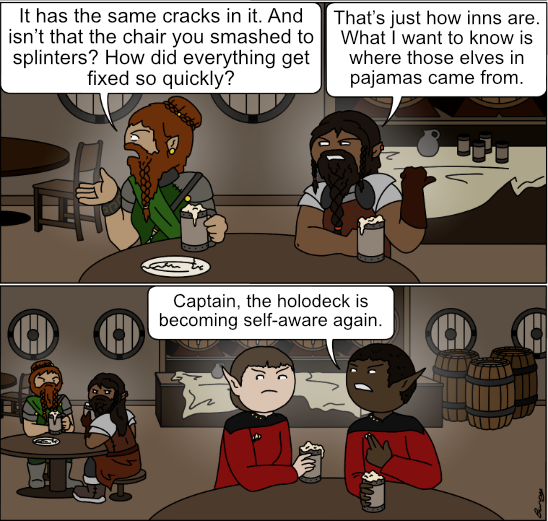 Two dwarves are sitting at a fantasy tavern. One of them is frowning at her plate.

Dwarf 1: I swear this is the plate I broke over your head during our brawl last night.

The first dwarf gestures at a nearby chair. Her companion gestures with their thumb toward something offscreen.

Dwarf 1: It has the same cracks in it. And isn’t that the chair you smashed to splinters? How did everything get fixed so quickly?

Dwarf 2: That’s just how inns are. What I want to know is where those elves in pajamas came from.

Now in the foreground, a couple Vulcans in Star Fleet uniforms are sitting at a table. One of them activates their comm badge.