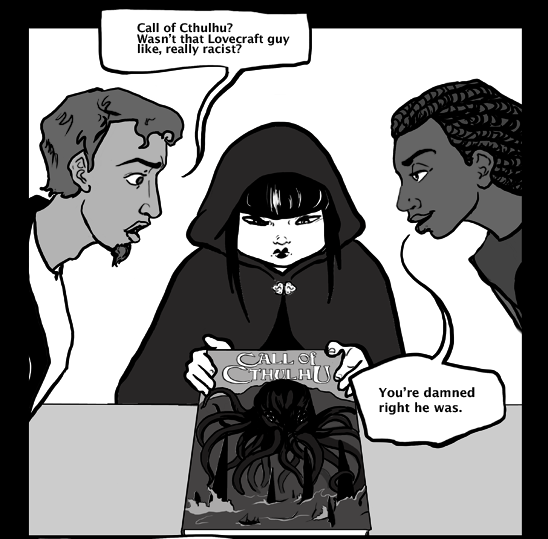 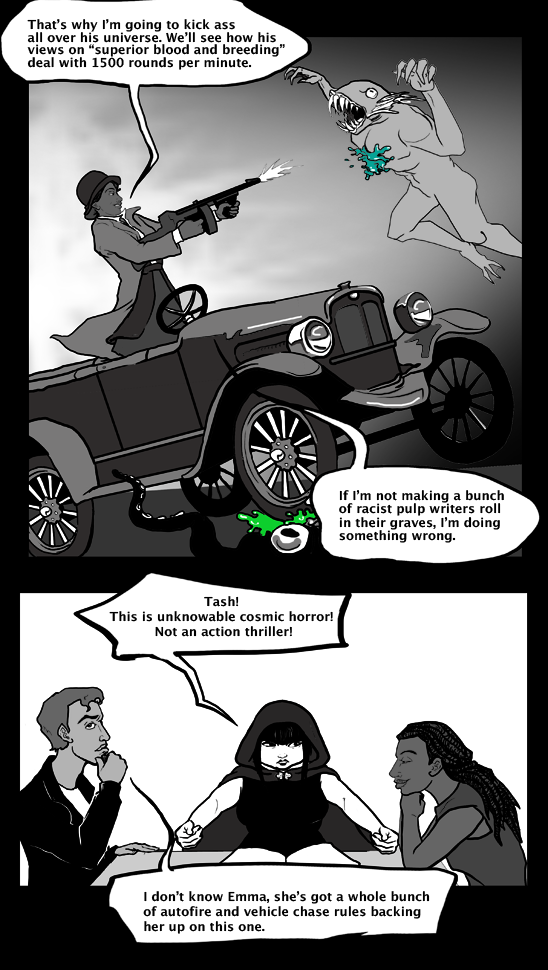 Tash and Farid stare down at the Call of Cthulhu book in Emma’s hands.

Tash: You’re damned right he was.

Tash, dressed in 50s clothing and riding an old car, squishes one monster beneath her wheels and shoots another with a tommy gun.

Tash: That’s why I’m going to kick ass all over his universe. We’ll see how his views on “superior blood and breeding” deal with 1500 rounds per minute. If I’m not making a bunch of racist pulp writers roll over in their graves, I’m doing something wrong.

Emma, at the table, looks annoyed.

Emma: Tash! This is unknowable cosmic horror! Not an action thriller!

Farid: I don’t know Emma, she’s got a whole bunch of autofire and vehicle chase rules backing her up on this one.

Comments on Subversion of Cthulhu