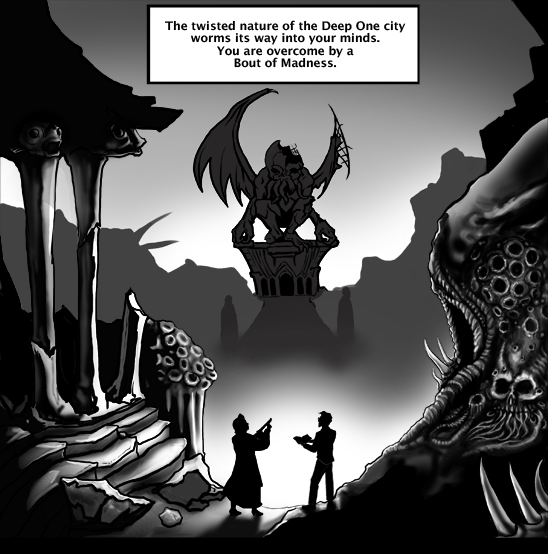 In the game, Tash and Farid’s characters stand amidst the ruins of a creepy old city. The rocks are twisted into strange shapes, and a crumbling statue of Cthulhu looms in the distance.

Emma: The twisted nature of the Deep One city worms its way into your minds. You are overcome by a Bout of Madness. Now roll to determine your fate…

Tash: Robbed. We come to our senses a few hours later with some of our possessions missing.

In the game, Tash and Farid awaken, missing their outer layers of clothes and all of their supplies.

Tash: Wait a minute. We’re in a Deep One ruin in the middle of the Pacific. Who’s out here to rob us?

Creature 1: We get anything good?

Creature 2: Not an elder sign on them. Humans, I tell ya!