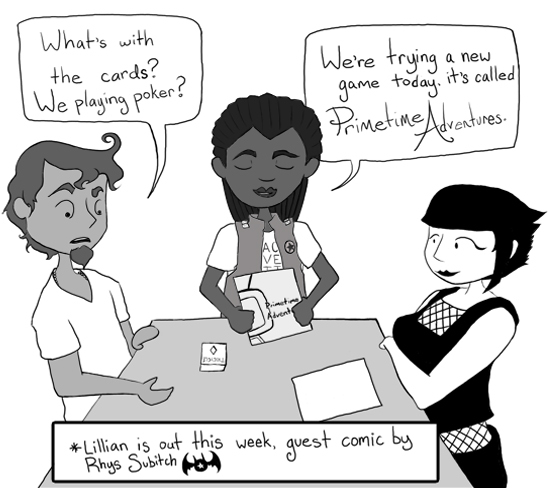 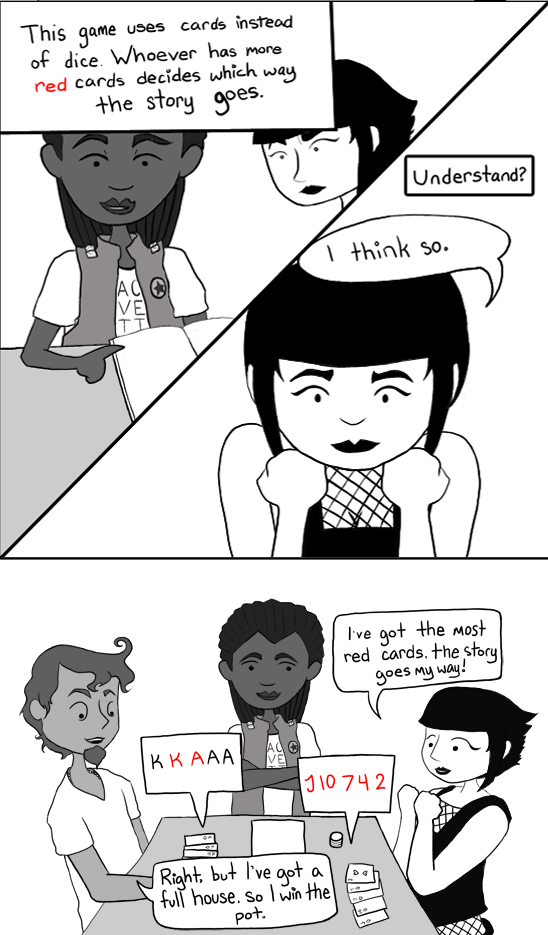 Tash brings a new book and a pack of cards to the table.

Farid: What’s with the cards? We playing poker?

Emma: I think so.

Emma and Farid lay down their cards. Farid has three aces and two kings; two of his cards are red. Emma has a jack, a ten, a seven, a four, and a two, all of which are red.

Emma: I’ve got the most red cards. The story goes my way!

Farid: Right, but I’ve got a full house, so I win the pot.