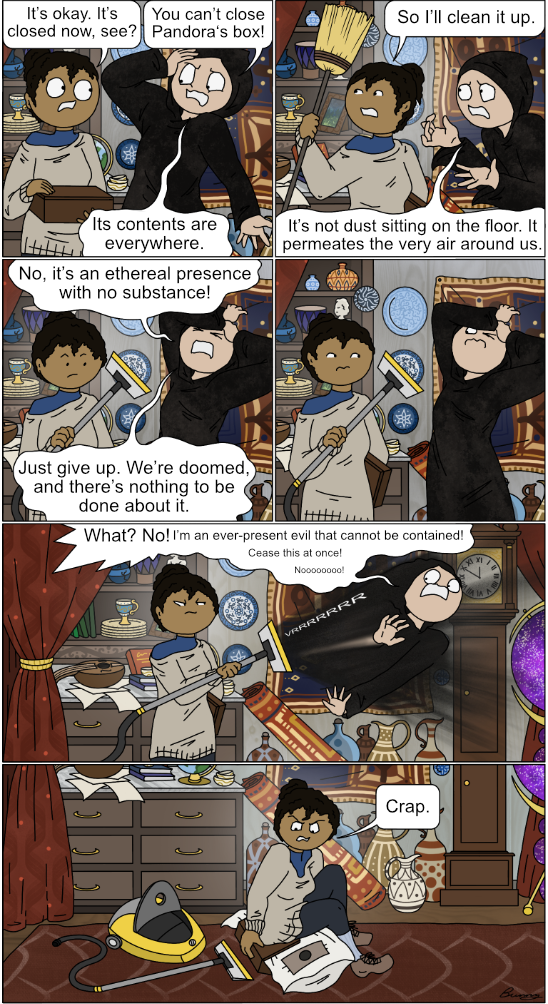 A woman holding an open wooden box jolts in surprise as a cloaked stranger berates her.

Stranger: Is that Pandora’s box?! You’ve doomed us all!

The woman closes the box.

Stranger: You can’t close Pandora’s box! Its contents are everywhere.

The woman holds up a broom.

Woman: So I’ll clean it up.

Stranger: It’s not dust sitting on the floor. It permeates the very air around us.

The woman holds up a vacuum tube.

Stranger: No, it’s an ethereal presence with no substance! Just give up. We’re doomed, and there’s nothing to be done about it.

The woman stares at the stranger for a moment.

The woman turns on the vacuum and holds the tube out to the stranger. The stranger gets sucked inside.

Stranger: What? No! I’m an ever-present evil that cannot be contained! Cease this at once! Nooooooo!

The woman struggles to stuff a vacuum bag back into the box.