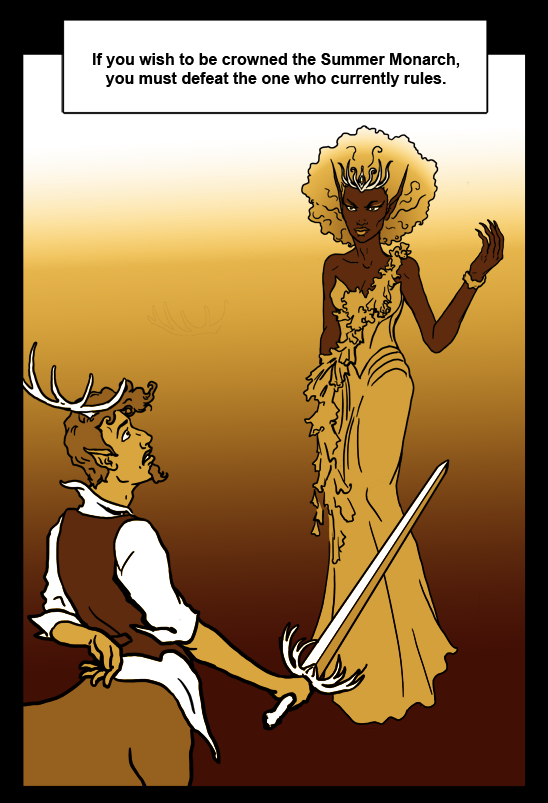 In the game, Farid stands before a powerful noble of the Summer Court.

Emma: If you wish to be crowned the Summer Monarch, you must defeat the one who currently rules.

The noble summons a laser of sunlight to demonstrate her power.

Tash: Maybe you should let her be Monarch this year.

Farid: Doesn’t that power take a lot of glamour? How can she just keep using it?

At the table, Tash and Farid pour through the rule book.

Farid: Ah, that would be the crown on her head.

In the game, Farid leaps at his opponent.

Tash: You’ll never get close enough to take it from her.

Farid is blasted by lasers, but he manages to grab the crown anyway.

Tash: I think she won.

Farid: Yeah, but I got crowned anyway.