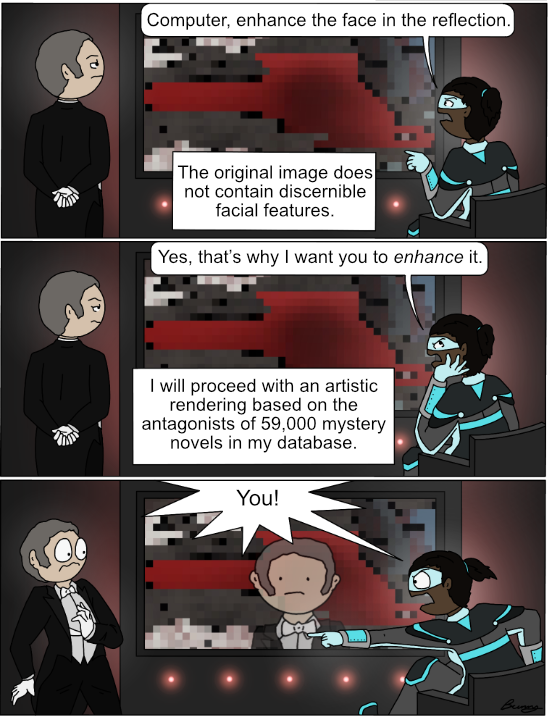 In a rich person’s crime cave, a butler points to an image on a large screen while their boss, the Gadget Hero, examines it.

Butler: Here you are, sir: the photo of the crime scene.

Gadget Hero: Thanks. What’s that reflection in the puddle? Computer, magnify.

The screen shows a large image of just the puddle, but it’s so pixelated that no more detail is shown than before.

Gadget Hero: Computer, enhance the face in the reflection.

Computer: The original image does not contain discernable facial features.

Gadget Hero [annoyed]: Yes, that’s why I want you to enhance it.

Computer: I will proceed with an artistic rendering based on the antagonists of 59,000 mystery novels in my database.

The puddle shows a butler in a bowtie. Gadget Hero points dramatically at their butler.