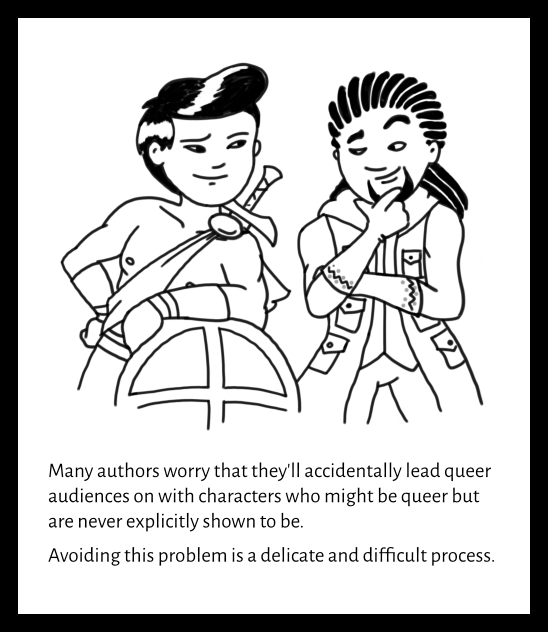 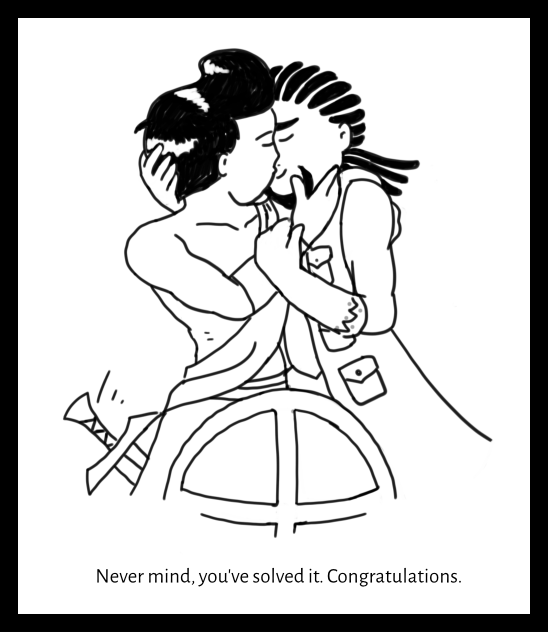 Lillian is out this week, guest comic by Sarah Gould!

Two good looking dudes look playfully at each other.

Text Box One: Many authors worry that they’ll accidentally lead queer audiences on with characters who might be queer but are never explicitly shown to be. Avoiding this problem is a delicate and difficult process.

The dudes embrace in a kiss.

Comments on How to Avoid Queerbaiting