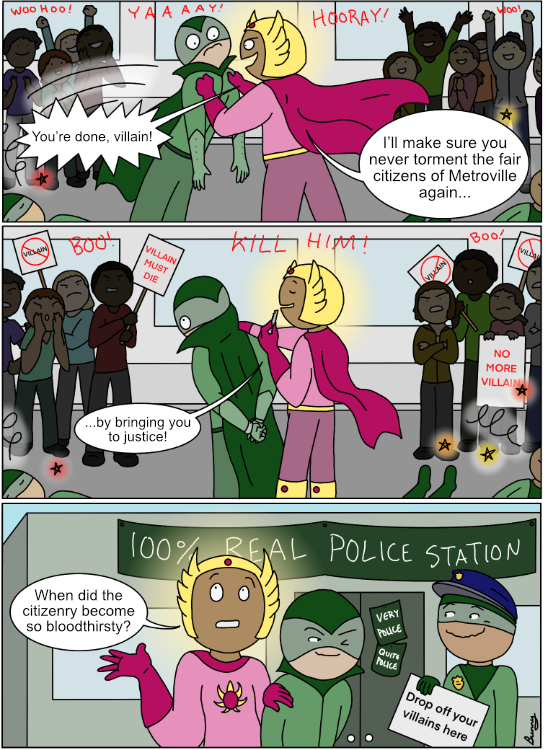 A hero is kicking the ass of a bunch of minions wearing matching outfits. The villain is behind them. The angry hero grabs him by the shirt. Regular people are crowded around.

The now-calm hero is handcuffing the villain. The crowd looks mad and is carrying protest signs saying things like “Villains must die.”

Hero: …by bringing you to justice!

We see a building with a rough hand-written banner: “100% Real Police Station.”  Inside and around it are minions poorly disguised as police officers. One minion out front holds a sign that says, “Drop off your villains here.” The hero is there, handing the villain off to them.

Hero: When did the citizenry become so bloodthirsty?