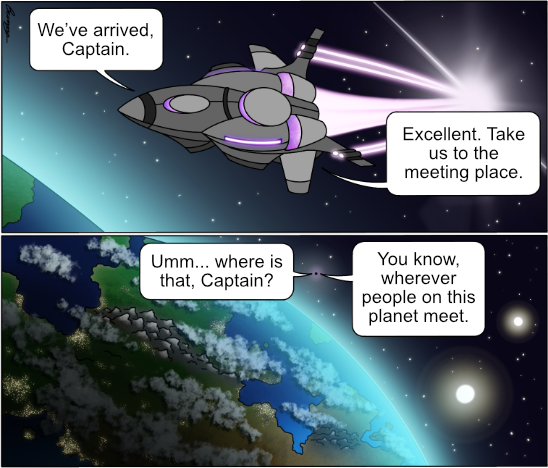 On the deck of a starship, the comm officer reads a tiny scroll of paper.

Comm Officer: It says, “Meet me on planet Gargon in the Quarti system.”

With a flash, the ship appears just above the atmosphere of a planet.

Captain: Excellent. Take us to the meeting place.

The view zooms out, displaying the ship as a tiny speck over a large horizon with many cities and landscapes down below.

Pilot: Umm… where is that, Captain?

Captain: You know, wherever people on this planet meet.