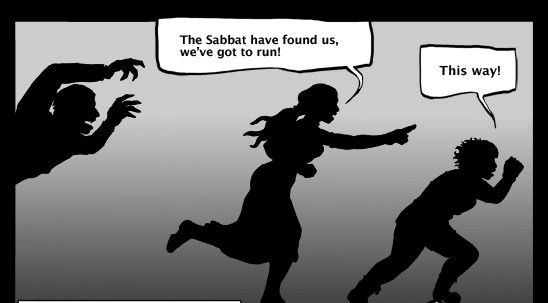 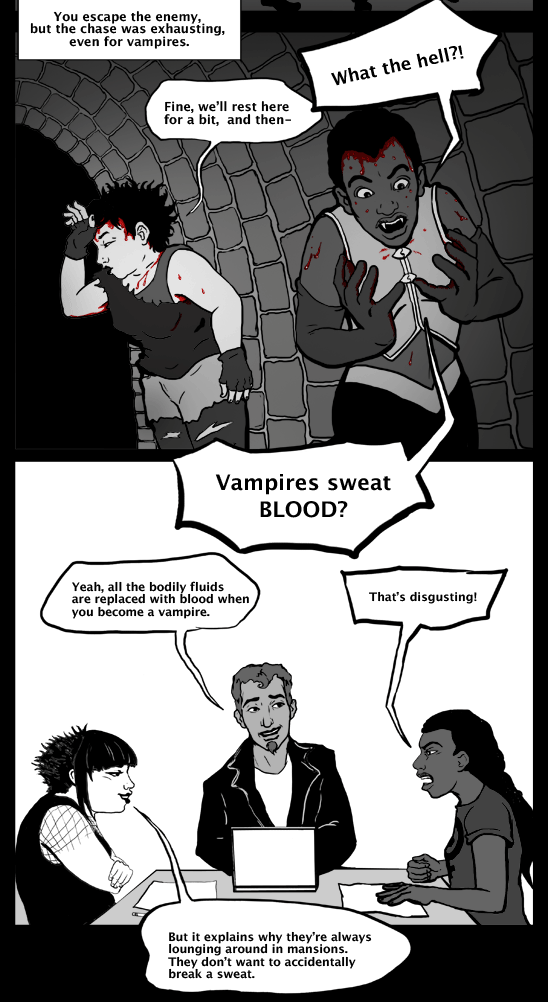 In the game, Tash and Emma flee from a hostile vampire. Farid speaks in a voice over.

Tash: The Sabbat have found us, we’ve got to run!

Farid: You escape the enemy, but the chase was exhausting, even for vampires.

Emma and Tash stop to rest, both are sweating droplets, and Tash has only just noticed.

Emma: Fine, we’ll rest here for a bit, and then-

Tash: What the hell?!

At the table, Tash is revolted, and Farid looks a little sheepish.

Farid: Yeah, all the bodily fluids are replaced with blood when you become a vampire.

Emma: But it explains why they’re always lounging around in mansions. They don’t want to accidentally break a sweat.

Comments on Don’t Sweat It