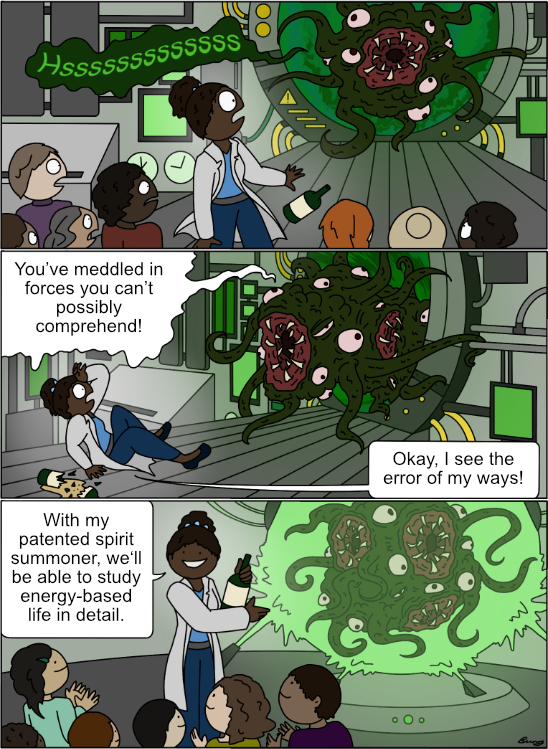 A scientist stands before a techno-portal, holding a bottle of champagne. A small crowd watches and claps.

Scientist: With this new interdimensional conduit, we’ll be able to explore farther than ever before.

A scary ethereal being sticks out of the now-open portal, threatening the scientist. The onlookers run, and the scientist scrambles back, looking terrified.

Scientist: Okay, I see the error of my ways!

The scientist holds a bottle of champagne next to a force field cage with the angry ethereal being trapped inside. A small crowd watches and claps.

Scientist: With my patented spirit summoner, we’ll be able to study energy-based life in detail.