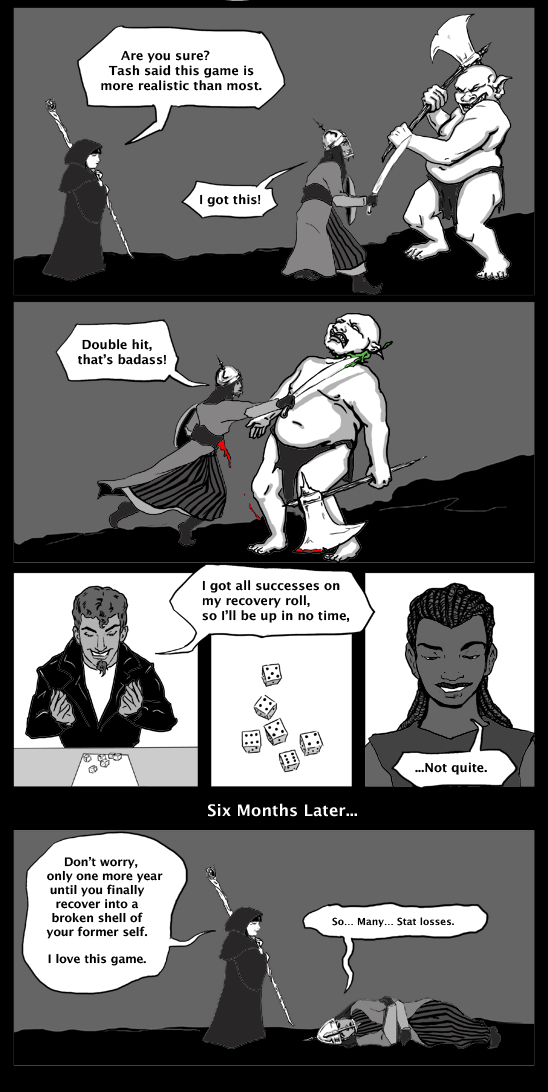 Tash is GMing for Farid and Emma.

Tash: The orc has his axe raised. He looks very put out.

In the game, Farid’s character charges at the orc, while Emma’s hangs back.

Emma: Are you sure? Tash said this game is more realistic than most.

Farid: I got this!

Farid’s character beheads the orc but gets sliced by its axe.

Out of the game, Farid rolls his dice.

Farid: I got all successes on my recovery roll, so I’ll be up in no time.

Six months later, Farid’s character is curled in a fetal position on the ground. Emma stands over him.

Emma: Don’t worry, only one more year until you finally recover into a broken shell of your former self. I love this game.

Farid: So… Many… Stat losses.