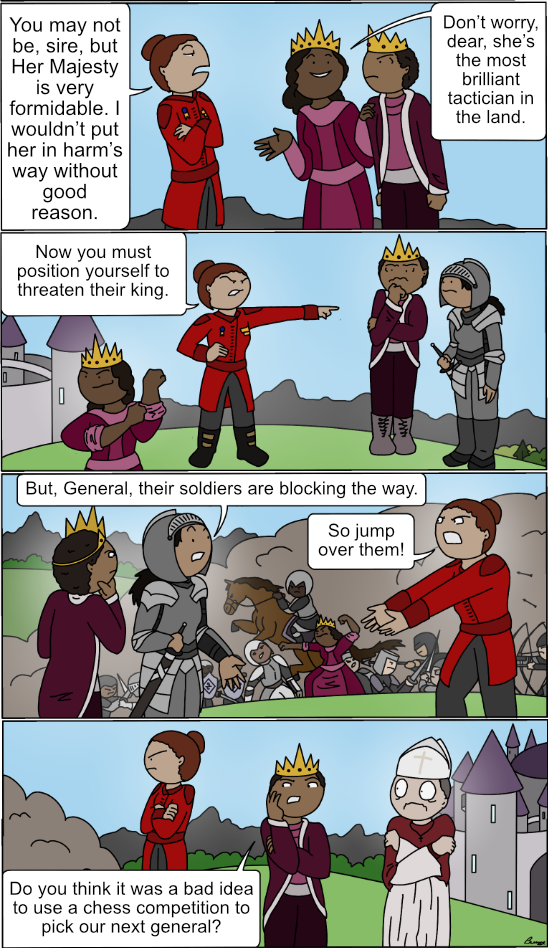 A general stands on the battlefield next to a king and queen.

General to Queen: Your Majesty, only you can defeat their knight!

King: She isn’t a soldier!

General: You may not be, sire, but Her Majesty is very formidable. I wouldn’t put her in harm’s way without good reason.

Queen: Don’t worry, dear, she’s the most brilliant tactician in the land.

The queen races into battle. The general speaks to a nearby knight.

General: Now you must position yourself to threaten their king.

Knight: But, General, their soldiers are blocking the way.

General: So jump over them!

The king looks on. He stands next to a bishop who appears terrified to be there.

King to Bishop: Do you think it was a bad idea to use a chess competition to pick our next general?