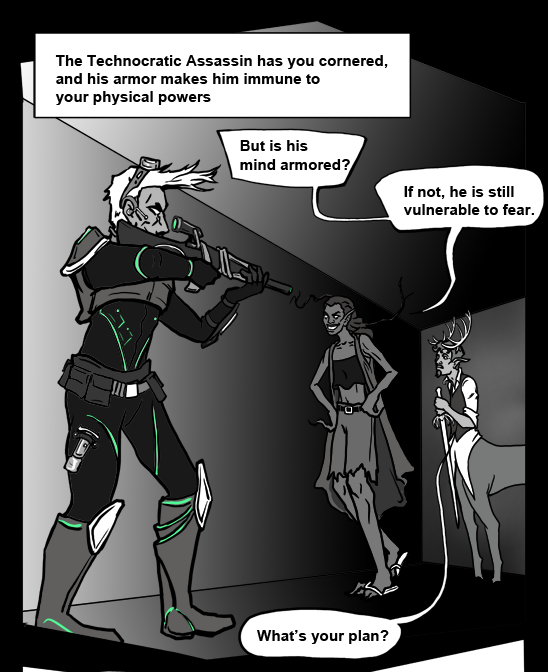 In the game, an armored assassin corners Farid and Tash. Emma speaks in a voice over.

Emma: The Technocratic Assassin has you cornered, and his armor makes him immune to your physical powers.

Tash: But is his mind armored? If not, he is still vulnerable to fear.

At the table, Tash grabs her dice.

Tash: With the power of Autumn, I will become what he fear’s most!

Farid: What would a hardened killer like that be afraid of?

In the game, Trash transforms into a clown. The assassin flees in terror.

Tash: Are you kidding me?

Comments on All We Have to Fear