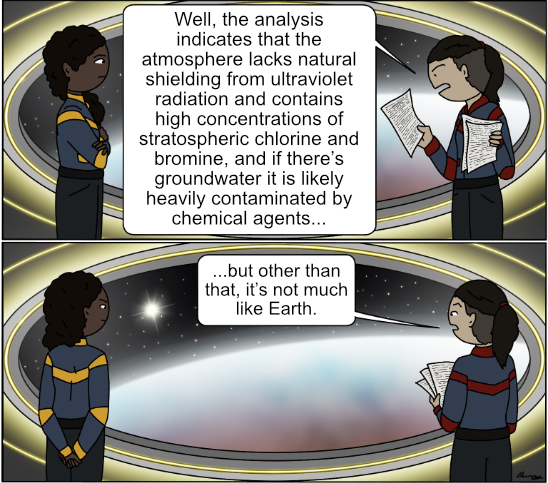 A crewmate and a captain stare down at an alien planet from the window of their ship.

Crewmate: Preliminary scans suggest that the air is full of noxious vapors, Captain.

Crewmate: Well, the analysis indicates that the atmosphere lacks natural shielding from ultraviolet radiation and contains high concentrations of stratospheric chlorine and bromine, and if there’s groundwater it is likely heavily contaminated by chemical agents…

They both look down at the planet.

Crewmate: …but other than that, it’s not much like Earth.