There’s a good chance your writing teacher or mentor warned you about the evils of cliché phrases. I’m here to tell you they’re every bit as bad as you’ve heard. Every. Bit.

A cliché is usually defined as “an overused phrase or expression.” How many times counts as overuse? 42. While this is wonderfully objective, it neither clarifies which phrases people are referring to, nor explains what’s wrong with using them often. So for this post, we’ll use my own definition:

A well-known phrase that communicates a concept not literally defined by the participating words.

That says “idiom,” you say? No it doesn’t; you’re imagining things. Besides, even if clichés and idioms were the same thing, it’s not like they’re used by every language on earth.

What’s important is that clichés are well-known, they communicate, and they’re not literal. I’ll return to those terrible things in the next section.

Why You Shouldn’t Use Clichés

Clichés are old and old things are uncool Did you know the phrase “you can’t have your cake and eat it too” is about 500 years old? That’s 500 years out of fashion. Look at this painting of Francesco de Medici from around the same time. What a dork! No one today would ever want to be seen in that.

As you and I both know, everyone agrees on what is and isn’t cool. Never use your own judgement to decide what’s passé for your audience. If you can’t tell them that they’ve “probably never heard of it,” it’s too old.

Clichés make it too easy to communicate complex concepts

You: Harry and Sally just starting dating, but they’re really enthusiastic about it.

Me: I know; I hope their relationship doesn’t become too serious too fast.

But what if instead, we said this?

You: Harry and Sally really hit it off.

That would be LAZY. Just imagine, if I was interrupted before I said “gun,” you’d still understand me – how vulgar!

We should put a lot of hard work and personal sacrifice into making our phrases original. At the very least, we need to create our own, similar metaphors:

You: Harry and Sally really knocked that thing away.

Me: I know; I hope they don’t leap on a semi-automatic.

This goes for non-literal words, too. Don’t say “rainbow,” that’s overused and uncreative. It shows everyone how little effort you put into your communication. You should instead say “the colorful light effect created by a combination of sun and rain.” Or at least change it to make it more fresh, like “precipitationarchway.”

Clichés are so worn by use they have lost all meaning. Imagine you got this message from an acquaintance:

The jury bought my story, so I’m off the hook!

Can I cash in on that raincheck? You look dressed to kill.

Look at that – “blah, blah, blah.” There are so many useless words that it says absolutely nothing. You’d fall asleep right in the middle.

Taking out the cliché will always make your writing tighter. Look how easily I can reduce the words in these cliches while retaining the exact meaning:

Clichés are not art; you must always write art 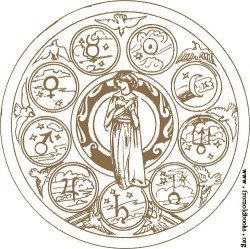 Symbols are the clichés of the visual medium. Using them will put you at risk of being understood.

Could you feel good about yourself if you published a piece of writing that didn’t have the widespread approval of Ivy League professors? Of course not. They are your true target audience, not the inept and uneducated masses. Creativity is the only standard of good writing. The masses just want low-brow things like “clarity” and “entertainment.” They can’t understand true art. If they could, it wouldn’t be art anymore.

Work very hard on that manual until it has the “literary merit” of War and Peace. That way everyone will have to read it five times, deciphering each metaphor, before they can put their new desk together. Including something well-understood like a cliché would ruin everything.

Remember: if some poor English student wouldn’t have to write a whole essay to explain what the hell you meant, you’re doing it wrong. Star Trek: The Next Generation shows us a utopian future where technology can convert the words of any alien to English. That is, except for the race that speaks entirely in clichés. Their language was all Darmok to the TNG crew, because they had no cultural reference for phrases like “Darmok and Jalad… at Tanagra.” After all, it’s not as though the meaning of phrases can be defined and translated like the meaning of words are.

The leader of the aliens that spoke in clichés died because he couldn’t communicate properly. Don’t let it happen to YOU. Forget your target audience, even the Ivy League professors. In today’s age, you need to write for the entire galaxy.

Is There an Appropriate Use for Clichés?