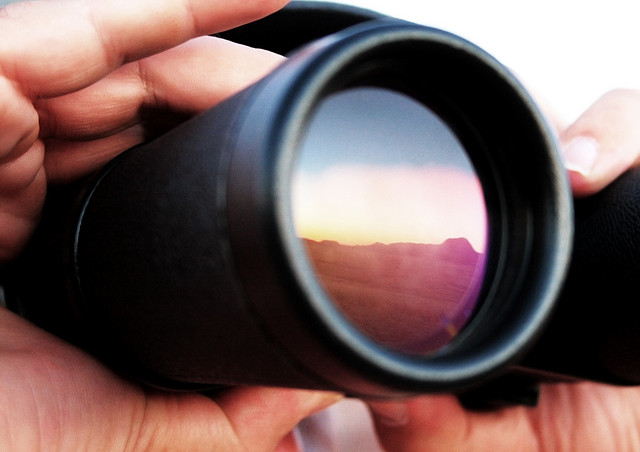 Using the right viewpoint character can give your story a big boost. But all too often, writers choose viewpoint characters that turn their narration into an uphill battle. Whether you’d like to supplement your hero’s viewpoint with visits from side characters, or you’re unsure of which character your story’s about, here’s what you should ask yourself.

Who Cares About the Conflict?

Scenes must hook the reader. For that, they’ll need a conflict: an unresolved problem that could end well or poorly for a character. Then readers need to care about this unresolved problem. It’s incredibly difficult to get readers to care if your viewpoint character doesn’t. In the 1982 book Battlefield Earth, L. Ron Hubbard makes the impending death of humankind feel trivial with a viewpoint character who talks about it like he’s discussing the weather.

Who Knows What Readers Need to Know?

To understand your tale, your readers might need to know the motivations of all the different factions involved in an elaborate game of intrigue – even though no single character has this information. Then as your story progresses, you might want readers to notice that your unknowing hero is walking into a trap. If you can show the audience exactly how this trap works, they can wince and sigh in relief as the hero almost triggers a swarm of fire ants or an onslaught of poisoned arrows. In cases like these, writing your story will be easier if you have viewpoint characters from each important faction. Then readers can watch through the enemy’s eyes as he sets his elaborate trap for the hero.

Unfortunately, it’s common for writers to overestimate what readers should know. Think critically: would extra information actually increase reader enjoyment, or do you just want to share it? It’s not worth adding a viewpoint character to narrate the irrelevant history behind a conflict or describe an elaborate family tree that doesn’t affect the plot. Those things won’t change your readers’ experience.

You might also choose viewpoint characters for their ignorance. Some forms of humor rely on witnessing strange effects without seeing the cause. An ignorant viewpoint character can also make it easier to explain complex information to the reader. In the show Steven Universe, the titular character is a kid who knows little about his heritage as a Gem or the history of the characters who are raising him. As the show progresses, this information is explained to both Steven and the audience. Knowledge that the other characters take for granted becomes a fascinating reveal when framed from Steven’s perspective.

Who Do You Want Readers to Sympathize With?

Building rapport between readers and a character means showing readers how the character feels, what drives them, and why they make the choices they do. Doing that can be tricky if you’re only watching characters from the outside. While external signals are usually good enough for supporting characters, central characters might need the intimacy of internal narration.

Regardless of your choice, it’s important to know that a character’s viewpoint disperses threat and builds rapport. Many writers try to establish an antagonist as a threat by narrating from their viewpoint. For example, take this excerpt from City of Bones by Cassandra Clare:

Not that the humans didn’t have their uses. … Vitality just poured off them, waves of energy that filled him with a drunken dizziness. … They didn’t know what it was like to eke out life in a dead world, where the sun hung limp in the sky like a burned cinder. Their lives burned as brightly as candle flames—and were as easy to snuff out.

This antagonist would be threatening if readers actually witnessed him snuffing someone’s life out, especially if they didn’t understand who or what he was. Instead, his viewpoint just tells readers that he does it and then dispels some of the mystery by describing where he comes from.

While it’s not impossible to establish a threat using the villain’s viewpoint, this most commonly results in an antagonist that feels neither threatening nor sympathetic. In other words, a dud.

Who Affects the Other Characters?

Your viewpoint characters can dramatically alter how your story is perceived. Choose characters that will emphasize what’s important and keep readers hooked all the way through.