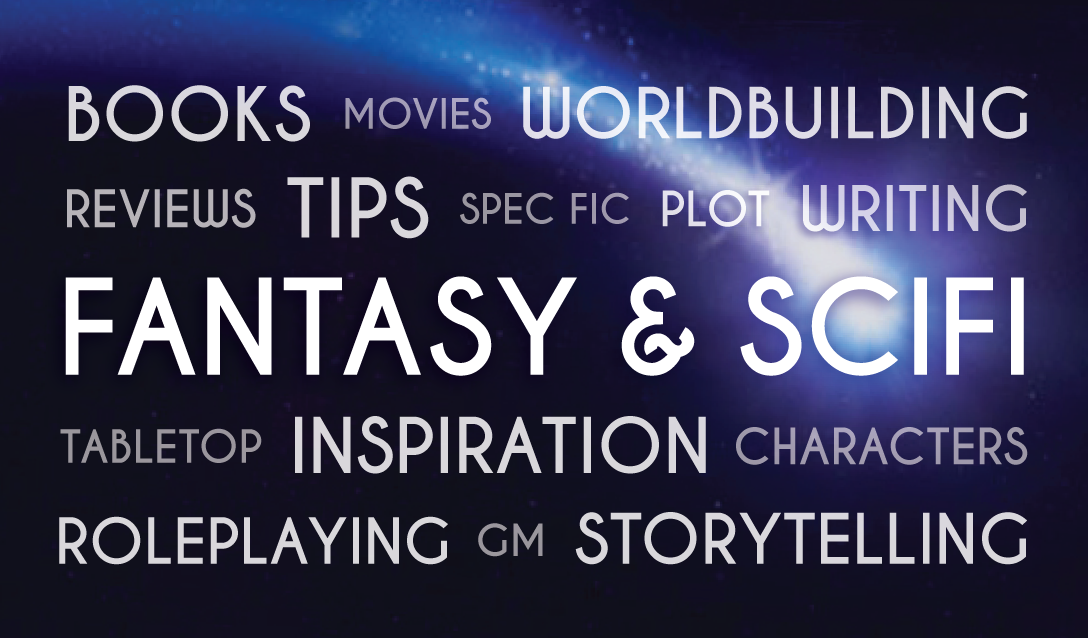 We’ve just turned five! We’re now old enough that you can trust us with scissors. It’s been a long journey from a fledgling blog to a bustling online space. Allow me to share the highlights.

Top Articles of All Time

You’d think it would be easy to choose the most popular articles in our archive, but it’s like comparing apples to oranges. Our newest posts benefit from much higher traffic on first release, while our oldest posts have had five years to accumulate views. Articles can also go viral long after their original publishing date. Many of these weren’t even in the top ten list for their year. But since I have to choose, here are my picks for top ten.

These attributes will have readers raising their eyebrows.
November 22, 2013August 11, 2021 by Chris Winkle in Storytelling

Five Signs Your Story Is Sexist – Against Men

These harmful tropes show patriarchy sucks for everybody, even in ways you might not realize.
May 20, 2016July 19, 2021 by Chris Winkle in Commentary, Social Justice, Storytelling

Six Plot Excuses No One Wants to Hear

Why you shouldn't use RPGs for life lessons.
November 15, 2014August 4, 2021 by Oren Ashkenazi in Roleplaying, Social Justice

We don't need black and white morality to have epic struggles.
October 16, 2015February 25, 2022 by Chris Winkle in Inspiration, Storytelling

Five Signs Your Story Is Sexist

Watch for these warnings signs to prevent sexism from seeping into your story.
February 5, 2016July 20, 2021 by Chris Winkle in Commentary, Social Justice, Storytelling

Six Unrealistic Tropes and How to Avoid Them

These narrative clichés will drag down your story—here's what to do instead.
December 27, 2015July 23, 2021 by Oren Ashkenazi in Storytelling

The Three Traits of Annoying Characters

Why some characters get on our nerves—and what you can do to avoid it.
November 14, 2014August 4, 2021 by Chris Winkle in Analysis, Storytelling

Lessons From the Bad Writing of The Mortal Instruments

Clunky dialogue and a lack of context bog down this spooky opening.
October 2, 2015July 24, 2021 by Chris Winkle in Analysis, Writing

The Landmarks of Our Five Years

Running Mythcreants has involved a lot of trial, error, and slow improvement. Here’s some notable steps along our path to today.

Mythcreants officially goes live. The leadership team is comprised of Mike, Jack, and myself, but we also have a bunch of contributors, most notably a blogger named Oren and a copy editor named Dash.

Before launch we prepare twelve pieces, including some truly ridiculous posts by me. Jack writes and draws the comic Magic Beans, and Mike decides he’s interested in podcasting. Luckily, Oren runs a podcast where he discusses Star Trek for two hours every week, and he agrees to help us with ours. Soon, I am unwittingly roped into it.

Mike suggests we make a Pinterest account and start sharing posts there. I’m skeptical. Isn’t that for sharing images rather than articles? But I reluctantly agree. Later that year, Pinterest doubles our traffic.

Jack discontinues Magic Beans and departs the leadership team (we’re still on great terms). In his place, we add the blogger, podcaster, and audio editor that we’ve come to rely on: Oren. Around the same time, Oren finally notices that I blog every week. Not to be outdone, he doubles his blogging frequency. Because somehow that’s not enough, he also starts the Roll Dice Already comic with illustrator Lillian Ripley.

On the hunt for additional copy editors, Dash finds Ariel at a party. Ariel sends us a message saying she is a “a creative writer and aspiring editor stuck in the body of a technical writer” and offers her “undying devotion” to Mythcreants. Ariel’s passion for copyediting quickly sets her apart. Satisfied that they are leaving their editing duties in good hands, Dash decides to take a well-earned break from contributing for a little while, and Ariel takes up the position of senior copy editor.

Oren’s Five Destructive Myths Perpetuated by Roleplaying Games goes viral. We get so many toxic comments from tabletop reactionaries (aka grognards) that we start calling it “comment-geddon.” As we celebrate our first viral post, we discuss what our rules for comments should be.

The audio quality of our podcasts is terrible, and we don’t know why. It’s so bad we have to throw away several podcasts we recorded, and we post others with an apology. We spend an entire day making test recordings in hopes of solving the problem. I even make a blanket fort for us to record in. The tests seem okay, but when we actually record again, it sounds awful once more. I’m ready to pull my hair out when I talk to a sound technician friend. He helps me discover the thing I hadn’t accounted for: the computer. It turns out my laptop makes terrible recordings. We use a different computer, and the crisis is averted.

After trying to read Sword of Shannara, I write an experimental post breaking down how bad it is. The post is popular, so I write more like it. Then Oren writes some. After reading these posts, people start asking if they can hire us to edit their work. We discuss the possibility.

The exponential increase in traffic is emptying our pocketbooks. Mike works hard to create our Patreon program. Soon, our patrons contribute enough to cover our basic expenses. We still aren’t getting paid for all the work we’re doing, but now we don’t have to dig into our savings just to keep the site running. Thanks, patrons!

Ariel and Oren enroll in an editing program at the University of Washington. There Ariel meets Wes, a copy editor who likes speculative fiction writing and roleplaying. He tells me he likes the blog – except he wishes Oren would stop playing DnD instead of criticizing it. Wes joins up anyway, and the rest of the team is awed by his talent for flattery.

We publish our first product* for sale: Oren’s amnesia oneshot game, The Voyage. Since we met Oren in 2013 by playtesting this game, it was a long time in coming.

We also offer editing services for the first time. Over the next year, I make several large revisions to the editing pages so our services are easy to understand and order.

Mike is so busy with his day job that he has to step down from hosting the podcast. After wowing us in a guest appearance, Wes becomes a regular host. The podcast is now a weekly half-hour affair, instead of an hour every other week. We also now record on three tracks in separate locations. It’s more work for us to edit, but the audio quality is better.

Traffic has continued to rise, and our webhost is eating up more and more of our meager budget. After a big search, we select a new host. But when we try to move there, we find it isn’t compatible with some critical features of our site. We cancel the effort. After some trials and tribulations, we manage to migrate to our second choice. The next year, the old host announces it’s getting even more expensive. Phew.

In 2015, we resolved not to create even more free content lest we burn out. Now our resolve fails. We add fiction and a new actual (role)play podcast. Our last actual play didn’t work out so well, but we’ve learned things since then. Maybe this one will be different? And after answering people’s questions for years, we finally put those answers up on the website. We justify all this new content by saying it’s mostly work we’d be doing anyway, but Oren and I know we have a problem.

The People of Mythcreants

Sometimes I try to imagine what Mythcreants would have been without some of the people who donated their time and talent, but that’s impossible. Mythcreants is the people who contribute to it. So while I’ve already mentioned our key team members, there’s many additional people who deserve thanks.

While we’ve accomplished a lot for a volunteer blog, we still have big dreams and a long way to go. We’re planning more exciting developments in the years ahead, and we hope you’ll be there with us.

Still our only product, but not for much longer.
Jump to Comments