One of the most common ways storytellers sabotage their stories is by working toward a clever reveal instead of giving their stories a solid foundation. Even when this problem is pointed out in a manuscript, it’s difficult to get writers to change it. They want their story to be flashy, and there’s nothing flashy about a story that just works.

Thankfully, Amazon has unintentionally given us a great example of this issue in the show Carnival Row. One tidbit viewers often repeat about Carnival Row is that the show starts rough but gets better. In particular, it picks up around the third episode. Why? Because episode three had an important reveal about the main character. This might make the reveal sound good, but it’s just the opposite. If the writers hadn’t chosen to use a reveal, the show would have started off much stronger.

Spoiler Notice: I will spoil the episode three reveal. However, there’s a good chance you’ll enjoy episodes one through three more with it spoiled. 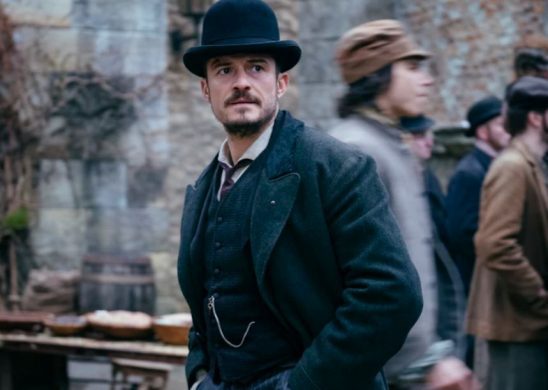 The first episode of Carnival Row opens with excessive deaths, pointless sex scenes, shots that are too dark to see, and lots of swearing. This is a show that wants to be Game of Thrones, but only in ways that would’ve appealed to a 19-year-old Stephen King.* The gritty setting for this would-be Game of Thrones is other-world Victorian England. Called the Burge, this Not-England is filled with refugees from the fae lands: faeries, fauns, and centaurs, among others. These fae are terribly oppressed, mostly because everyone has agreed to ignore how valuable flying is in a low-tech society.

In this world of overwhelming oppression, only one protagonist is positioned to make a difference: Rycroft Philostrate (Philo). Played by Orlando Bloom, he’s a human police inspector and the one cop in the city who wants to investigate the murders of the city’s fae. But while he does have Orlando Bloom going for him, Philo isn’t quite up to the task of being the most central character.

For one thing, as a privileged character in a story about oppression, he comes off as a white savior. Watching the victimized fae talk about how he’s “one of the good ones” makes it feel like other characters are suffering just so he can play the hero and save them. And since the story is clearly an analogy for real-world issues, it’s hard not to notice that when it comes to real-world oppression, Philo has every privilege box checked.

What’s more, because he’s a human helping the fae, everyone around him has more compelling problems than he does. He’s not indentured to people who want to abuse him or running from a serial killer the police refuse to hunt down. Because of this, he can’t attract the same level of sympathy from viewers, and his scenes rarely have the urgency they should. This is almost certainly why the show opens with the character Vignette instead: her life and well-being are actually at risk. In turn, this creates a bait-and-switch where Vignette seems like a central character and then turns into a mere love interest.

Philo also doesn’t like talking about himself or his feelings, which only makes him feel more stiff and boring. He has a lover who wants to be closer to him, but when she tries to get to know him better, he shuts down and gives her excuses like “later, maybe.” It looks like he’s stringing her along rather than making it clear what he does and doesn’t want from their relationship. Instead of building attachment to the main character, this only makes him less likable.

Altogether, Philo’s not terrible, but he doesn’t have the emotional pull the story needs him to have. He’s the only thing holding the fractured plot of the show together, and many of the other characters are downright despicable. While Vignette seems sympathetic in the beginning, she quickly comes down with a case of feisty woman syndrome – in which writers make a love interest “not like other girls” by making her hyper-aggressive.

The writers try to use the romance between Philo and Vignette to give Philo emotional depth. In several scenes, he talks about his past with other characters, and we’re meant to assume he’s thinking about her. But we’ve barely seen them on screen together, so this isn’t effective. Honesty, the only thing that matches Carnival Row’s determination to include lots of romance arcs is how bad the show is at romance arcs. Maybe that’s what happens when you put in romance just to include sex scenes.

A Reveal Changes That Then, in episode three, we learn the truth about Philo: he’s a closeted half-faerie. He was born with wings, but they were surgically removed when he was a baby so that he could pass as human. Not only can he still feel his phantom wings, but he experiences the urge to fly. This touching context dramatically changes how Philo is perceived.

In the show’s universe, he’s no longer a privileged character with no stake in the big conflict of the series. He has privileges that come with pretending to be fully human, but secrecy has its own consequences. Both his life in the closet and the way he’s been non-consensually altered to fit in with society are their own powerful analogies for real-world oppression.*

To be clear, this doesn’t fix the fact that Philo has no real-world marginalized traits. As much as I like Philo, there’s no getting around the hypocrisy of a show that says it’s about social justice while constantly pandering to the most privileged minority group: straight white men. Still, putting Philo on the marginalized side of the show’s fantasy analogy is a distinct improvement.

And as a closeted fae, Philo is not only an emotionally compelling character but an interesting one. When he argues with his boss about investigating crimes against fae, we know that he’s secretly struggling for his own dignity in an unjust system. When he seems standoffish with his lover, we know that he’s actually interested in a romance, but he’s afraid to come out to her. Now their scenes show a man who’s caught in an emotional dilemma rather than one who’s being selfish.

Even Philo’s romance with Vignette is a little more engaging, because now we know what it means for him to be in a romance with a faerie. He’s spent his entire life pretending to be human, cut off from his heritage, and unable to start a family because he won’t confide in his partner. Being with a faerie gives him the opportunity to accept and learn about himself, but at the risk of losing the privileges he gets from being in the closet.

As a deeper and more sympathetic character, Philo is now capable of being the linchpin of Carnival Row.

Carnival Row Could Have Started This Way The first three episodes fumble in the dark for a means of making the show emotionally compelling when they could have just sold viewers on the hero’s story. Given that, it’s worth taking a closer look at how those episodes would have been different if viewers had been treated to essential information from the beginning.

Most of Philo’s scenes in the first two episodes are interpersonal ones. He stops a couple cops from bullying a fae, interviews a fae who was attacked, and has antagonistic encounters with a bigoted sergeant who could be a murderer. If he fails these interpersonal encounters, a serial killer will hurt another fae, but Philo will still be around to catch the murderer. There are also several scenes with his lover. The only stakes for those ones are whether their relationship will work out, and since the relationship comes off as an excuse for breast shots, that doesn’t mean much. However, with knowledge that Philo is in the closet, all of these scenes have another source of tension: whether Philo’s secret will be discovered.

There’s already hints of this if you know the reveal – the sergeant asks Philo why he cares so much about the fae, and Philo’s lover tries to get him to tell her exactly how he got his wing scars. However, these lines were merely foreshadowing. With an audience in the know, the writers could have turned this tension up another notch or two. They could also have used it to give Philo more interesting conflicts. In the second episode, he wants an autopsy on a fae, but his boss doesn’t think it’s important. Should he press his case more, risking that his boss might starting wondering about him? Watching him risk outing himself to protect the fae would make him feel even more selfless.

Whereas Philo’s interactions with humans could have had higher tension, his interactions with the fae could have been more powerful. Let’s take the scene where he questions a fae about her attacker, and she doesn’t trust him because she thinks he’s a human cop. Instead of being fed tiresome assurances that he’s a good human, we could watch Philo overcome the hurt he feels at being seen as an outsider and then struggle with his desire to tell her the truth.

This yearning to connect especially matters to episode three, which covers his backstory with Vignette in her homeland. During an inspection of a faerie religious compound, he discovers a secret library and pokes a bit at the books. Without knowledge of who he is, this comes off as nosy and intrusive. With that knowledge, the writers could have played up the hunger he has to understand his heritage. When Vignette catches him in the library and he swears to keep it secret, it would feel more authentic. Then instead of having a romance where he tolerates a hostile faerie spying on him and asks her on a mission because she’s there, we could see more eagerness to befriend her and learn about faeries. If he were a regular human soldier that could feel inappropriate, but knowing he identifies with the faeries changes that. On his end, the love story would be more believable and compelling.

Of course, none of this explains why Vignette suddenly goes from aggressive to in love, but one change can’t fix everything.

The End Does Not Justify the Beginning 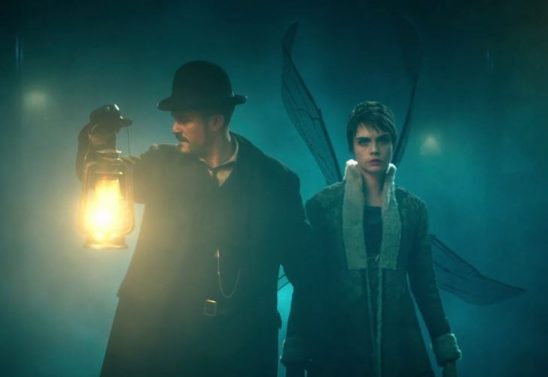 The first season of Carnival Row has only eight episodes, and this reveal is delivered around the end of episode three. That means viewers spend the first third of the season without the information they needed to sympathize with the lead character. There’s no getting around this. Storytellers can declare how their main character is haunted by their secret past as much they want, but the audience won’t feel it with that character until they know exactly why. And the curiosity invoked by withholding information isn’t as engaging as the sympathy that’s missing.

I’m not saying that treasured “click together” moment of a big reveal isn’t fun. But stories are an experience, and every stage in that experience matters. Having an explanation down the line doesn’t erase the harm of leaving your audience to feel confused or bored until they get answers. And of course, if an audience doesn’t like the beginning, they may never get to the fun part.

Nonetheless, this bad trade-off is all over our popular stories. Storytellers are happy to shoot themselves in the foot as long as they think it’s clever.

That’s how old he was when he wrote The Adventures of Gun Sex Man, also known to a few as The Gunslinger.
Though ultimately, the show doesn’t handle either analogy well.