It’s easy to think of “fable” as just another name for “fairytale.” It doesn’t help that there’s a series of comics called Fables that star fairytale characters, or a video game series called Fable that is generic fantasy. Like fairytales, fables started as an oral tradition, making many of them sparse and simple. But fables use fantastical elements in a different ways, for different reasons.

Real fables are along the lines of The Tortoise and the Hare, with its memorable phrase of “slow and steady wins the race.” That was recorded/written by the Greek writer Aesop sometime around 600 BCE. He’s considered the most famous and fabulous fabulist, and his stories have three essential ingredients:

Above all else, fables like Aesop’s exist to impart a lesson to the audience. This can be a moral lesson, or just a piece of general advice. The experiences of the characters are shaped to reinforce this lesson. Often, their very lives are dependent on learning that one piece of wisdom. Sometimes they succeed, sometimes they fail. When it’s over, the lesson is often spelled out for the audience.

In The Crow and the Pitcher, a thirsty crow finds a pitcher, but is unable to reach the water inside. After trying and failing to get at the water, the crow starts tossing in pebbles and sticks, until the water level rises to within its reach. Over the many years of its existence, this fable has had many different lessons tacked onto the end, such as: thoughtfulness is superior to brute strength, necessity is the mother of invention, little by little does the trick, and where there’s a will, there’s a way. Even though the lesson’s changed, every telling has one. The story would feel incomplete without it.

What separates fables from parables, such as those in the Bible, is the inclusion of non-human characters. Most often these characters are animals, but they can be anything – rocks, rivers, flowers, teapots. To make them into characters the audience can understand, they are thoroughly anthropomorphized.

In Aesop’s The Vixen and the Lioness, a mother fox and mother lion that are both taking their cubs for a stroll cross paths with each other. Rather than yelping, hissing, and fighting with each other, they stop to brag about their children. The vixen brags she has more children, and the lioness replies that her one child is a lion. This makes more sense if you think of them both as people, and not separate species. The lioness is actually saying her one child is better bred than the vixen’s litter. This story is totally not racist or classist. Not at all.

The characters of many fables go beyond the personal relateability of a blank character; they represent huge groups of people. Since animals and other non-humans are used as characters, they are clearly fictional, and in older fables they are rarely identified by name. They are simply the bat, the dog, the hare. This takes the focus off of the characters as individuals, making their plight feel more universal. The audience is left to think about them and their obstacles as allegories – metaphorical representations of the real world.

In The Frogs and the Well, two frogs are looking for a damp place to live and come upon a well. One wants to jump in, but the other points out that there is no way to get out again if something goes wrong. The lesson is “look before you leap,” and it isn’t just about jumping or wells. It’s about the value of forethought, and that applies to almost every action we take.

It’s easy to get stuck on Aesop, but there are modern fabulists too. They’ve taken fables in new and exciting directions. 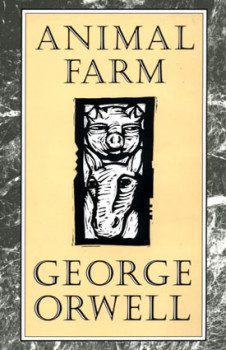 If fables had given birth to a more serious genre just like fairytales begat fantasy, George Orwell’s Animal Farm would be the founding work. Instead of a simplistic story, his fable is a dark and complex novel. In it, farm animals free themselves from the farmer they hate, only to fall under the greater oppression of the leaders they chose. Orwell wrote it as a allegory for the Russian revolution of 1917 and the regime of Stalin, but it could be applied to many other incidents around the world.

The Works of Dr. Seuss 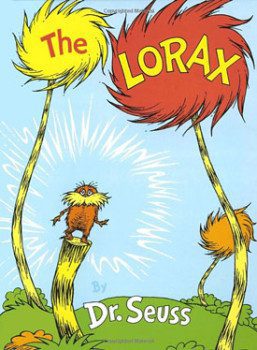 Dr. Seuss made fables fresh with delightful illustration and playful rhyme and rhythm. He kept some of the simplicity of the oral tales – “the cat in the hat” doesn’t have an actual name. At the same time, even picture books allow for a more detailed and elaborate story, and he took advantage of that. He worked in great lessons for modern kids, such as “try new things” in Green Eggs and Ham, and “preserve the environment” in The Lorax. In the latter, he frees himself from using real species of animals or plants, and even personifies industry as a character called the Once-ler. 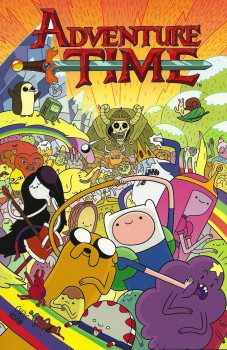 Adventure Time is a currently running cartoon created by Pendleton Ward. The zany world of the show could be described as post-apocalyptic fantasy, but its construction isn’t important. Like most other fables, the fantastic elements aren’t justified. The heroes of the story are Finn the boy and Jake the dog, and the side characters range from the Breakfast Princess (who is made of breakfast food) to fear itself. Most episodes entail Finn or Jake making a mistake, dealing with the consequences, and learning a lesson from it.

Above all, fables are a fun and accessible way to talk about important issues. They allow storytellers to not just give the audience advice, but to demonstrate it with characters that are novel and relateable at once. If you want to shake up your routine, give them a try.