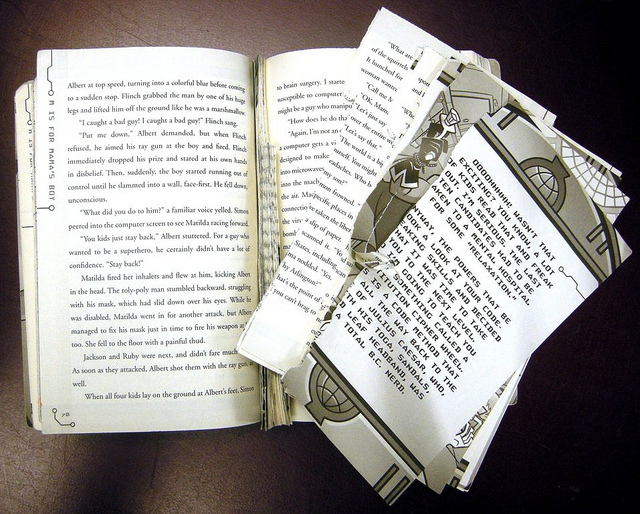 Criticism is the low point of many storytelling careers. It crushes our dreams and makes us feel like our darling creations have been torn apart. But no matter how much we dislike criticism, we need it more. How can we benefit from something that cuts us so deep?

Why Criticism Is Essential

Criticism is the act of analyzing something and looking for its flaws. Whether it’s casual and friendly feedback or a blistering public rebuke, criticism is designed to highlight problems.

And that’s why we will always need it. Storytellers are usually ignorant of the problems in our own work, and so without criticism, we cannot fix them. That’s true both on a craft level – we cannot fix a plot hole if we don’t know it exists – and on a societal level – we cannot stop bigotry if we refuse to acknowledge it. Because stories are a central part of our culture, storytellers need criticism to improve our works and to be responsible purveyors of culture.

When we feel under fire, it’s easy to forget the consequences of dismissing criticism, but those consequences can be steep. Many storytellers dream of supporting themselves with their work, but without using criticism to improve, we may never develop the skills that make that possible. And if we don’t push back against stories that perpetuate harmful stereotypes, the people who are suffering the most will continue being hurt – often through physical violence.

But just because we know it’s necessary, that doesn’t make our relationship with criticism any easier.

First, we need to drawn a firm line between what’s just criticism and what’s abuse. Abuse is designed to make the storyteller feel awful rather than to inform or instruct anyone. “The story was so boring I couldn’t keep my eyes open” is harsh, but it is potentially useful information, whereas telling someone “your story is a trashfire no one will print” accomplishes nothing other than making them feel bad.

We’ve all had the experience of wanting to take a person down a notch, but there is no excuse for this behavior. It’s the communication equivalent of beating the crap out of someone, and like physically injuring someone, it can do lasting damage.

Even if your story was truly hurtful to people, you do not have to accept abuse from anyone. That doesn’t mean the people you hurt don’t have a right be angry, but you’re still a human being, not a punching bag. If the problem is important, get a friend to look at the comments and relay important points you can learn from while sheltering you from the abuse.

Next, you don’t need to read all the criticism of your works. I recommend sticking to criticism that is meant for you, not for readers or anyone else. When we do critique posts here at Mythcreants, our tone is much harsher than if we were actually editing a manuscript. Our critique posts are designed to entertain other writers while they learn a thing or two, not to give the author feedback. That’s why unless you have a heart of iron, you shouldn’t read reviews of your published works. Again, if you care, get a friend to read them for you.

Other problems with feedback can be more subtle. I used to have two people whom I couldn’t help arguing with after they gave feedback. It was never an issue with anyone else. Eventually I figured out that they were being condescending. They did not respect my expertise, and that came through in their responses. I stopped sending my stories to them. Trust your instincts, and stick with the people who give you valuable insights without making you feel uncomfortable.

Why Criticism Is So Hard to Accept

Even when criticism is constructive and gentle, it can be difficult for some storytellers to hear. For storytellers who were raised in a community that emphasized politeness over communication, any criticism can feel mean-spirited. Ask yourself: is solving a problem worth being rude? For many of us, the answer “no” is so ingrained that we may not even realize it’s there. We avoid problems as though we have no other choice. When a critic breaks the boundary of what we feel is common decency, we assume they are doing it because they must hate us or our work and not because they are trying to fix a mundane problem.

For many other storytellers, criticism feels like a threat to our careers and our identity. Storytelling takes so much work, and that work does not get done without enormous emotional investment. Many storytellers invest so much because they hope their work is exceptional. Learning that our work is just as flawed as other works can be incredibly demotivating. And for those of us who struggle every day against the feeling that we’re not good enough, negative feedback seems to confirm our worst fears.

Similarly, believing that we are free of bigotry – not racist, not sexist, not anything – is often an important aspect of our identity. Many people mistakenly think those traits mean someone’s in the KKK or part of another hate group. This creates a heavy emotional investment in believing that we would never write something racist. When our identities are challenged, it’s emotionally easier to dismiss criticisms than it is to believe them.

Unfortunately, when people feel threatened or offended by criticism, they frequently interpret criticism as more mean-spirited than it really is. This is especially true with text, which is devoid of vocal tone or body language. It becomes easy to interpret polite language as passive aggressive or a careless comment as an attack. This makes accepting feedback even harder for us.

The results are deeply ironic: the people who are the most likely to need criticism to improve are also most likely to feel vulnerable and threatened by it. So what can we do?

Can Criticism Get Easier for Us?

Every person is different. For some of us, criticism will get a lot easier; for others, it may never. However, there are a few patterns that offer hope to those who are struggling with feedback.

Feeling threatened by craft criticism is largely a factor of confidence. With additional experience and successful projects under our belts, many of us gain the confidence we need to take criticism well. Getting there is difficult, but there is a light at the end of the tunnel.

Having the right expectations can also be important. New storytellers can take criticism especially hard because they underestimate how much work goes into storytelling and overestimate their own abilities. The more problems are normalized for you – the more you expect them to appear as a regular part of the process – the less difficult it is to hear about problems in your work.

This is also essential for accepting social justice criticisms. The truth is that we all have bits of subconscious racism and sexism within us; it is not the domain of a few hateful individuals. We cannot expect to avoid hurting those who are already suffering without effort, and finding and eliminating problematic messages should be a routine part of storytelling. Once we understand how normal it is, our identity as a moral individual will feel less threatened by these critiques.

Providing Criticism to Other Storytellers

Knowing how to soften the blow will help you educate those who give you feedback and allow you to return the favor.

While criticism is essential to us as storytellers and as a society, that doesn’t mean we should feel obligated to ask for it every time we share our work. Sometimes we need encouragement and support more than we need constructive feedback. If you just need to hear some kind words from your favorite audience, let those people know. Anyone who’s good at finding weaknesses should also be good at finding strengths.

Q&A: What Do You Do With Really Rough Stories?

A Complete Guide to Beta Reading

Comments on A Storyteller’s Guide to Criticism