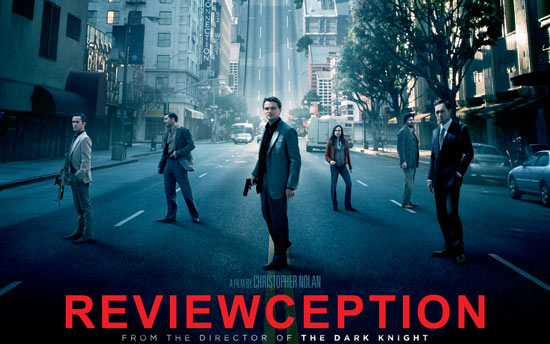 The writing blogosphere is entangled so deep in reviewception, I think it’s at risk of being lost forever in a limbo of pointless discussion and debate. The debate goes something like this:

Flatterers: Why are writers so mean to other writers they review? They should stop being mean!

Meanies: No, they mustn’t! Then writers will become TOO NICE! Writing will all go downhill, but no one will know it because everyone lies!

Bureaucrats: To make sure they aren’t too nice OR too mean, writers shouldn’t be reviewing other writers at all!

It all started with this article in the New York Times Book Review by William Giraldi. He reviewed a couple titles written by Alix Ohlin, and didn’t have very nice things to say about them:

Meet the four principal, cliché-­strangled Canadians whom Ohlin flies around like kites in a waning zephyr:

But too many of Ohlin’s stories suffer hyperglycemic shock because she’s incapable of mustering the requisite insulin.

There’s been much recent parley, in these pages and elsewhere, about “women’s fiction” and the phallic shadow it has been condemned to live in. But there’s a better argument to be had. Ohlin’s fiction will be shelved with the pop lit and never with Mavis Gallant and Alice Munro, not because of her leaden obsession with pregnancy, dating and divorce, or any inherent bias in the publishing industry, but because her language is intellectually inert, emotionally untrue and lyrically asleep.

I really want to know: does Giraldi talk that way too? Please, someone, record yourself using “kites in a waning zephyr,” “mustering the requisite insulin” and “much recent parley” in casual conversation, and send it to me.

But this isn’t a review of Giraldi; there have been plenty of those.

John Robert Lennon’s “How to Write a Good Bad Review”

I’d like to argue that Giraldi’s review is, in fact, quite nasty, and that mine is less so. And that my other negative reviews over the past few years aren’t nasty at all, even when they’re highly critical of their subjects. There is a good way to write a bad review of another writer, and I don’t think Giraldi is doing it. Whatever the shortcomings of Ohlin’s work might be, his review does its reader a disservice–his glee at eviscerating Ohlin overshadows his analysis, and casts doubt on its veracity.

You’re not impaling Hitler or protecting the Shire from Saruman. You’re reviewing a book. You want to put on a show? Nothing wrong with that–everybody loves a review with personality. Everybody enjoys a clever turn of phrase or an apt put-down. But have some perspective. Again, it’s not about you, for crap’s sake.

What really makes Lennon’s review distinctive is the character arc – it’s a tale of a moral crisis, a questioning of values, and ultimately, of redemption. Admittedly though, in this case it’s not so much of an arc as a complete circle. Our main character ends up doing exactly the same thing in the beginning and the end of the narrative. We leave not sure if anything has really changed.  Still, I award it a smiley face.

This article by Andrew Scott takes the review by Giraldi and successfully places it into a well-developed world complete with an ecosystem of writers, wherein some members of the species survive through cannibalism. His story has a pretty simple moral: cannibalism is bad!

A flurry of nasty reviews and other attacks on writers has commanded my attention of late, enough to make me consider—or reconsider, in some cases—the reasons for such behavior. The motive is usually ladder-climbing or other forms of posturing. Often the goal is to assert that one writer’s aesthetic is more valuable than another writer’s.

Scott then spends a significant amount of time establishing the world in which his story takes place, likening it to “Peruvian purple fingerlings.” After his world has been carefully defined, he circles back to pounce on Giraldi, tearing apart his review in a ten-point demonstration. I’ll just repost point nine:

He unfavorably compares Ohlin to Mavis Gallant and Alice Munro, saying she doesn’t belong in that group—“not because of her leaden obsession with pregnancy, dating and divorce, or any inherent bias in the publishing industry, but because her language is intellectually inert, emotionally untrue and lyrically asleep.” Comparing Ohlin to two other Canadian writers with vaginas, Giraldi again reveals his classification methods. But Gallant was born in 1922. Munro was born in 1931. Ohlin also compares unfavorably to Chekhov, Poe, and Borges, but that goes without saying. After all, they’re dead and had penises.

And then he writes: “I’m so tired of this. Aren’t you?”  No, I’m not tired yet. But I probably would be if I had broken Giraldi’s piece down systematically, wrote 10 counterpoints on it, and then spent my time building an entire world context for it to take place in.

Scott gives an explanation for this:

Every town has a few idiots. Sometimes they run naked down Main Street. We try to keep them from hurting themselves or others. We want to ignore them, but there they are, naked again in the center lane.

I understand; I like looking at naked guys too.

While the moral of Scott’s story is a bit simplistic, and he’s heavy-handed with his world descriptions too early in the narrative, the world works. I award him a sparkly globe.

Oh boy, four parts! It’s like a four course dinner… except I don’t get to eat anything. Bad! No points!

Reviews should be based on how well I’ve been fed, right?

What this article by Lichtman actually includes is his outline of 4 things he thinks a good, honest review should accomplish. He then puts Giraldi’s review next to this benchmark to see whether he is tall enough to ride the rollercoaster. Here are his four parts:

An Honest Review
Basically aims to tell the reader three or four things:

Giraldi fails in all four regards.

Hey, wait a minute there! You’ve given away the ending. Foreshadowing is supposed to only hint at what’s to come, so the reader feels dumb at the end by thinking back on it. If you just give it all away, how will you demonstrate the great power you hold over your helpless audience?

Then he makes a brief summary of why Giraldi fails each point, summarizing #3 like so:

Giraldi argues that Ohlin fails, but since she’s not failing at what she’s trying to do, but rather at doing what Giraldi likes in fiction, that’s not a failure on her part.

If I’m getting this right, the problem with Giraldi’s review is that he is judging Ohlin’s work by his own, personal standards of what good writing is. Perhaps by his own four-point criteria?

After that, Lichtmann spends his time explaining in increasing detail about why Giraldi fails in four parts. The pacing of the whole narrative reminds me of Philip Pullman’s Dark Materials trilogy, in which the first two books are nice and trim, but the last is  ridiculously bloated.  Lichtmann ends up spending a paragraph for every two short phrases by Giraldi he wants to refute.  But to his credit, he’s already given away the ending, so everyone can just get up and leave the theater if they want.

He stops in between sections to make “A Brief Note:”

For the record, I have never met, talked to, or had any kind of interaction with Alix Ohlin or William Giraldi.

You’re completely unbiased. A person who writes good, honest reviews. Got it.  But I’m still giving you just a shiny red star, not a gold one.

D.G. Myers: ‘Giraldi, Ohlin, and the Controversy over “Mean” Reviews’

Hi Myers, it sounds like you’re going to sum this up nicely for everyone. Take it away!

Last Sunday in the New York Times Book Review, the novelist William Giraldi tore into two new books of fiction by Alix Ohlin, a creative writing professor at Lafayette College in Pennsylvania. Giraldi was disgusted with Ohlin’s prose, which “limps onto the page proudly indifferent to pitch or vigor.” He gives plenty of examples.

It’s so nice to have a student who actually does the reading and can quote it! You sound very proud, let’s move on. Wait— you’re not going to spend four paragraphs gushing about him and his review, are you?

The problem is not simply a lazy conception of prose. At bottom is a failure of vision. “When self-pity colludes with self-loathing and solipsism backfires into idealism,” Giraldi says, “the only outcome is insufferable schmaltz.” His conclusion is worth quoting at length.

Implicit in these words is not merely an understanding of fiction that Giraldi himself puts on stunning display in his first novel Busy Monsters (which I reviewed here and went on to praise here).

Full disclosure: Giraldi and I are friends, although he and I have never met.

Now you tell us. Well I’m not giving him my number, no matter what you say.

Her reaction suggests that Ohlin agrees there was something personal in Giraldi’s attack, and it is her person, not her books (or, more to the point, her literary practice and habits of mind), which requires defense. At least she advanced no defense of her writing, falling back instead on sunny chatter about her literary career.

Where are your lawyers Ohlin?! Prepare your defense! Myers says if you do not react defensively, you’re doing it wrong. But perhaps I’m not giving Myers enough credit. He follows a higher purpose:

Critics have a duty to review books harshly, I wrote nearly a year ago: “The circulation of ideas begins with books, and bad books circulate bad ideas. . . . When critics fail to bulldoze such nonsense under, it spreads like knotweed, choking American thought.”

Oh no! I didn’t realize the use of phrases like “brilliantly smart” would choke thought! It’s a good thing critics like you can take care of this problem. Next, can you review THE INTERNET?

Okay, I’ll admit Myers has done pretty well here establishing the religious leanings of the characters in his story, but the world and context it fits in is still poorly established. Frowny face for you.

Allow me to make this simple.

If you want to write a negative review without hordes coming after you with knives and pitchforks, just follow Wheaton’s Law: don’t be a dick.

Comments on A Review of Reviews of a Review