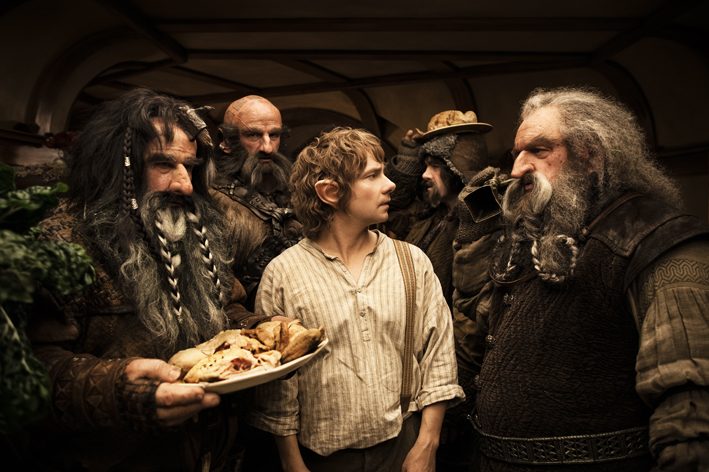 When people describe their roleplaying game adventures, they tend to talk about desperate battles or heroic speeches. They recall the points of high adventure when everything rested on a single roll of the dice, or theatrical performances so good they brought the group to tears.

In reality, these moments are pretty rare. A lot of the time spent around the gaming table is taken up by mundane affairs: looking up rules, cracking jokes, fighting random encounters, and, perhaps most interestingly, scenes of casual roleplaying. It’s this last one that we’ll concern ourselves with today – those times when players drop into character without the GM’s express direction and just chat. Rarely is it over anything plot related- we used to call it roleplaying breakfast in my group- just a few adventurers/space pirates/wandering mice shooting the breeze about whatever is on their minds.

As you may have guessed, scenes of casual roleplaying are incredibly important to a healthy game, and the GM should always be aware of them.

Scenes of casual roleplaying can occur for a variety of reasons, but the most common is that the players find something genuinely interesting about their characters. It’s unlikely to occur in hack-and-slash one-shots, but it’s common in games where players spend a lot of time on their characters, developing and modifying them until everything is just right.

Sword fights and duels of wits can be stressful, and sometimes your players just need to blow off steam. When there is a lull in the action, they seize the chance to roleplay their characters in an environment where no one is trying to kill them, or judging every word they say for its political impact.

In one game I ran, the players spent nearly half an hour discussing whether they should get a pet newt for the police headquarters of their space station. They debated the pros and cons of newts as pets, if they could flourish in a zero g environment – and it was all in character. They had just finished a dramatic confrontation with the local space mafia family, and they needed a breather before charging headlong into danger again.

If players are choosing to banter in character rather than turning on their smart phones and checking the latest Mythcreants article, something has gone right. GMs should encourage this kind of interaction when possible. It means that some aspect of the game has appealed to the players beyond the simple thrill of rolling dice.

Sometimes the player’s enthusiasm is sparked by how interesting their characters are, which is a godsend for the GM. It means that the players are invested in what happens to their characters, and that will make the game more fun for everyone once a real challenge comes along.

Such scenes can also signal a general interest in the setting at large, which is even better news. Getting players to care what happens to a world that not only doesn’t exist, but which they can only see through the GM’s descriptions, is a great challenge. While an in-character discussion about farming techniques might seem pointless, it means that when the plague of crop-destroying locusts comes along, the players will be motivated to do something by more than just the promise of experience points.

As much fun as these in-character interludes are, they start to become a problem when they go on for too long. At some point the game needs to advance, and it can’t do that if the players spend all session discussing whether they will have bacon or sausage with their toast.*

If the players are using causal roleplaying as an excuse not to continue the game, it means something is wrong. Perhaps they don’t find the central conflict compelling, or they are just tired of slogging through long combats against hordes and hordes of orcs. In either case, it indicates a problem that the GM should do everything in their power to diagnose and fix.

It’s also possible for casual roleplaying to disrupt a game the same way someone cracking an out of character joke can. If two characters start discussing their drinking exploits as a demon lord is clawing its way into the world (and it isn’t a dark comedy game), it can immediately break everyone’s immersion and trivialize the scene.

How to Use Them

Whenever the players start bantering in character, the GM should shut up and listen. What are they talking about? Which aspects of their character are they interested in sharing, and what about the setting sticks in their memory? Whatever they are, chances are good they should feature more in the game.

There’s also a more direct approach. When the players get into one of their casual scenes, wait until they have a good rhythm going, and then spring an in-character surprise. It can be something as direct as an ambush of deadly ninjas, or as subtle as mysterious whispers from the dark that only the characters can hear.

With this method, you are letting the players provide their own setup for a more vital scene. They will react to a new threat from their character’s viewpoints, rather than as a bunch of real life humans sitting around a gaming table.

However you make use of these scenes, always remember that they will happen. If there’s a single definition of a GM’s job, it is to create situations in which to roleplay. They provide a framework and a motivation, but it’s out of their hands from there. A lot of GMs forget that roleplaying can occur in places other than their designated encounters. They don’t always know how to handle it, or even feel that it’s distracting from the game and try to discourage it.

GMs should embrace these scenes as an outlet for the players’ unfulfilled storytelling urges. Not even the best games will satisfy what everyone wants all the time. If the players want to roleplay breakfast before setting off on a tale of epic adventure, then let them. It only shows a devotion to the story which will make the adventure all the sweeter.

This being the internet, it will always be bacon.